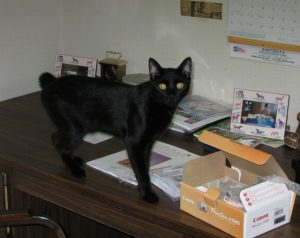 Moose is the handsome boy of the building. In July 2007, he took a rather long, scary ride from somewhere in the Carbon County area to the church next door to us… in the engine compartment of a car! The owner of that car brought him to us.

He immediately claimed Dr. Paul for his very own! Although he would love to spend his entire day on her lap, he’s only allotted time when Dr. Paul gets a well deserved lunch break.

The rest of his day is spent hamming it up for the camera! 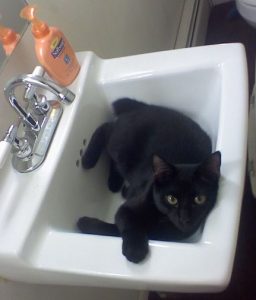 Whether lounging in the sink or getting into mischief perched high atop the blinds, he’s sure to be purring the whole day through! 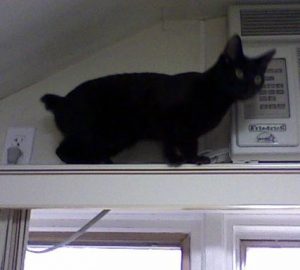 This is our Annabelle. She was left in a box on our doorstep in August 2007. She quickly won our hearts and became part of the family. Annabelle loves to be involved in the daily hub-bub of the office. Don’t be surprised if she jumps in your lap for some mid day loving at your cat’s next visit. 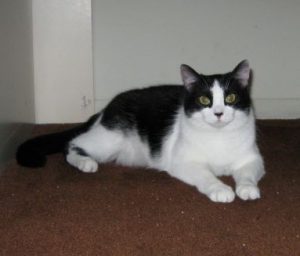 It takes some coaxing, and a few treats, but she finally will come out of her cube to show everyone how beautiful she is.

This is her “pin up girl” pose! (Shhhh! We don’t like to point out that she has a bit of a belly!) 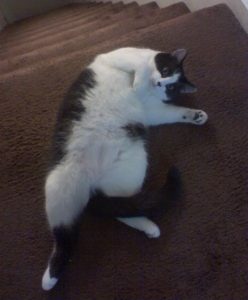 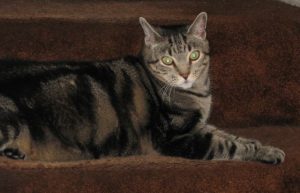 Squirrel is our newest addition and the eldest of our group. He was brought to us by two good Samaritans who found him laying on the side of the road.

After many ads in the paper and a recovery period, he is a permanent fixture here.

Always appearing to have the sun shining on his face, Squirrel loves his daily treats, romping with Annabelle and drooling all over “his staff” when they can spare a minute to rub his belly. 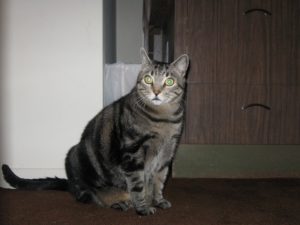